Omaha, Nebraska - A Plethora of Things to Do

The Nebraskan capital of Omaha lies along the Missouri River, near the border with Iowa. It is also an important stop on the Lewis and Clark National Historic Trail. This vibrant city is renowned for its pioneer history, as well as its museums and cultural centers. One such attraction is the Henry Doorly Zoo and Aquarium, which spearheads conservation efforts in the region. The facility features an indoor jungle habitat, a desert habitat, and a big cat complex. 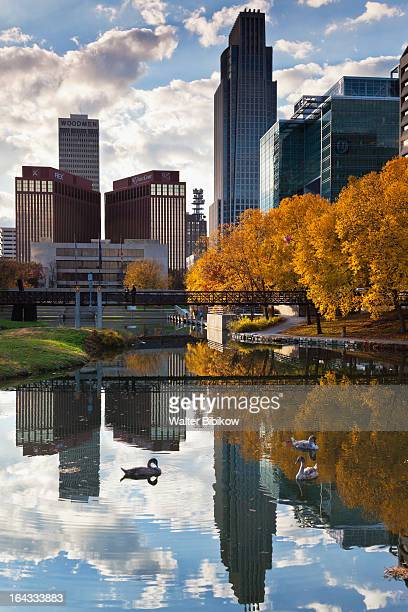 Omaha is home to many cultural and historical attractions. Visitors to the city will find a plethora of things to do, including the old market, which boasts cobblestone streets, seductive shops, and delicious restaurants. There are also a variety of art galleries and other attractions, making the Old Market an ideal place to visit with family and friends. The old market is a popular tourist destination, and the historic site of the Japanese balloon explosion during WWII is also within walking distance.

While Jewish immigrants made up a large portion of Omaha's early history, most came to the area to work in the railroads. This led to a large concentration of Jews in the industrial west of the city. By the late nineteenth century, the population had doubled in size, and many people migrated from Europe and the South to make a living. Nevertheless, tensions between the new ethnic groups still remained. In fact, in the early peace years after World War I, ethnic tensions became more severe in the west of the city.