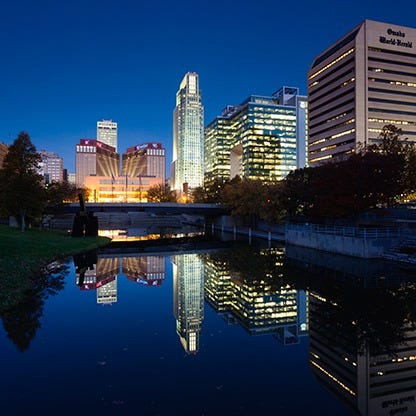 The history of the Omaha area is rich and diverse. Its population is nearly 50 percent Hispanic. Its ethnic composition is made up mostly of white people. A small percentage of African Americans live in Omaha, but it has been growing for more than a decade. Approximately a third of Omaha's population is Asian. Although the majority of the population is white, many people are of Asian and Pacific Islander ancestry.

Located in the heart of the Midwest, Omaha is home to some of the most historic and cultural attractions in the country. The Old Market district is home to seductive shops, delicious restaurants, and a variety of entertainment options. There's a vibrant nightlife scene in the Old Market, and there are a lot of great restaurants in the Midtown Crossing area. Aksarben Village is also a good place to shop and eat. The Bob Kerrey Bridge connects the states of Nebraska and Iowa, providing a memorable view of the Omaha skyline.

The 1950s brought major job losses to Omaha. The city's meatpacking and railroad industries were restructured, and the population west of the river declined. The restructured industry left many workers without jobs, and the Jewish population began to decline. In addition to crime, many businesses were closed or moved out of the area. Nonetheless, the African-American community continues to survive, and the area is experiencing economic revitalization.